ABO incompatibility is a complication that can occur during pregnancy. Essentially, it is an immune response, occurring when babies have a different blood type to their mother and are then affected by the antibodies she has produced. This is never under a mother’s control; blood groups are just part of an individual’s make-up. Babies with an ABO incompatibility need to be monitored closely, though with effective treatment they respond very well and experience no long-term health effects.

When there is a mixing of different blood types, the immune system is activated and antigens are produced. It is these antigens that create problems for the baby.

Checking for blood compatibility is one reason why blood typing is so important early in pregnancy. Similarly, blood matching and typing before organ donation and blood transfusions, as well as before receiving blood products, reduces the likelihood of there being problems. Being given incompatible blood initiates a reaction similar to having an allergic response.

The major blood groups where ABO Incompatibility occurs are:

But I Thought Mother’s and Baby’s Blood were Kept Separate!

Mothers with type O blood develop antibodies to fight blood types A and B, but these are large and cannot cross over the placenta. Generally during pregnancy the mother and her baby’s blood do not mix. They are kept separate from each other by the placental membrane, which creates a wall through which oxygen and nutrients, though not blood, can pass.

However, it is still common during pregnancy for a few of the baby’s blood cells to be transferred into the mother’s bloodstream. This can happen if there is a miscarriage, during birth or if a mother sustains some form of trauma.

When this happens, smaller antibodies called Anti-A or Anti-B can transfer back into the baby’s circulation. As a result, these antibodies attack the baby’s red blood cells. Babies who are affected in this way tend to become jaundiced shortly after birth. This condition is known as Haemolytic Disease of the Newborn.

If the baby’s red blood cell count is very low, they may need a blood transfusion to bring their iron levels back up to within a normal level. An exchange transfusion may be necessary. This is when carefully measured amounts of the baby’s blood are removed and immediately replaced with the same amount of donor blood.

Depending on the extent of the anaemia and/or jaundice, the baby may need to be looked after in a special care unit of a maternity ward/ hospital. Observation and monitoring of feeding, hydration, iron count and jaundice are best done in an environment where there is specialised staff.

Babies with Haemolytic Disease tend to become jaundiced very quickly after birth. This yellowing of the skin and frequently, the whites of their eyes can become quite obvious. Jaundice is caused as a result of having too much bilirubin in the circulation. Babies who are jaundiced can look sallow or as if they have a very olive complexion, even though genetically they may be Caucasian.

How is the Bilirubin Measured?

A blood test is usually collected by pricking the baby’s heel. This is then tested in a laboratory to measure the level of bilirubin in the baby’s blood. If it is over a safe threshold, then phototherapy treatment is commenced. Phototherapy lights provide a means of delivering light waves, so when they are absorbed by the skin, the bilirubin is altered. It can then be excreted in the urine and bowel motions.

How Does the Baby Get Rid of the Excess Bilirubin?

Babies having phototherapy treatment often have stools that are green in colour and loose in consistency. This is normal and a sign that their body is excreting the excess bilirubin. A common alternative to the use of phototherapy lights is to use ‘bili’ blankets, which uses fibreoptic technology to deliver safe but very effective light directly to the baby’s skin. Bili blankets can be used for 24 hours each day until the level of bilirubin has dropped and the mother’s antibodies have been cleared from her baby’s blood. This generally happens a few days after birth.

Babies who are jaundiced can become very sleepy. They sometimes need to be woken for feeds and need prompting to feed effectively, especially if they are breastfeeding. Babies receiving phototherapy treatment can still be cuddled and offered breastfeeds. If the level of bilirubin is too high though, time out from phototherapy treatment may be limited. 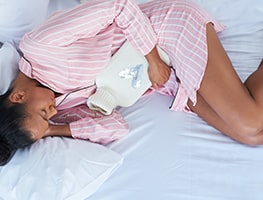