Fertility awareness – that is, having a good understanding of your own fertility cycle – can make a significant difference to the amount of time it takes a couple to get pregnant.

Conceiving a baby relies on the combination of a series of intricate and complex events.

The medical profession generally looks at a woman’s standard monthly cycle as beginning with menstruation – day one is the first day of bleeding.

Each month, your pituitary gland releases hormones which trigger your womb to shed the extra padding it has built up on its lining, causing menstruation. As the levels of these hormones rise, they stimulate your ovaries to grow follicles to release an egg – this is the process of ovulation. The egg travels to the fallopian tube to await fertilisation, then – if the egg is not fertilised – there follow around 14 days when you are not fertile as you wait for the whole process to begin again.

This is your fertility cycle.

Fertility awareness is all about pinpointing the right time in your fertility cycle to have sex so that you have the best chance to get pregnant.

Why is understanding of your fertility cycle important for getting pregnant?

An understanding of your fertility cycle involves much more than just knowing the basics of reproductive anatomy and physiology and then estimating the dates on a calendar.

In fact, researchers in a number of studies have found that by using a combination of factors to identify your fertile period (including observations of cervical mucus, records of basal body temperature, checking the position of the cervix and calculating cycle length as well as measuring hormone levels in urine and saliva), your chances of identifying the fertile period in your fertility cycle are far greater.

Changes in your fertility cycle: Why getting pregnant is like hitting a moving target

There is no doubt that most women’s fertility cycle is subject to change without notice.

A large US study of over 220 women in 2 000 found that only around 30% of women had a fertile window that fitted between Day 10 and Day 17, which are the days of the menstrual cycle typically identified by standard clinical guidelines.

While most women actually reached their fertile window earlier in the cycle, a significant number of women had a fertile window that was much later in the fertility cycle.

“Women should be advised that the timing of their fertile window can be highly unpredictable, even if their cycles are usually regular,” concluded the researchers.

The study found that ovulation could occur as early as Day 8, and as late as Day 60 in a fertility cycle.

How to make the most of your fertility cycle

If you are well aware that your fertility cycle can vary greatly from month to month, but you are tracking two or more fertility signs, then you have a greater advantage in falling pregnant.

Using a range of ovulation prediction methods and fertility monitoring methods is the best way to make sure that you use your understanding of your fertility cycle to increase your chance of getting pregnant. 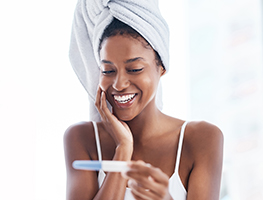 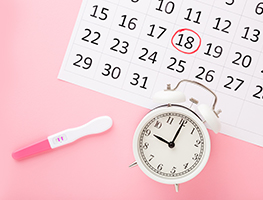 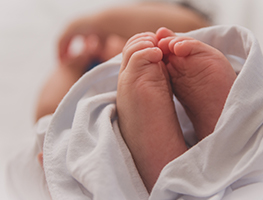