A breech birth is when the baby is born with their bottom, legs or knees coming out first, rather than their head. Currently, it is estimated that around 3-4 % of all babies at term are in the breech position, but not all of them are born vaginally. Between 29 and 32 weeks of gestation, the estimate is 15% of babies presenting bottom first. It is considered normal in the second trimester for babies to be in the breech position. Essentially, the risks of having a breech birth are closely matched to the weeks of pregnancy.

At the start of labour, most babies are lying on their side, with their head sitting in the pelvic cavity and facing towards either the mother's left or right side. With a breech birth, the baby's head is generally sitting just below the mother's diaphragm and rib cage. Feeling a distinctive hard and bony head in this region, rather than a softly rounded bottom, is one of the key factors in diagnosing a breech presentation.

Types of breech birth How will I know if my baby is in a breech position?

You may not know until your midwife or obstetrician tells you. There are some fairly classic signs that can raise the suspicions of a healthcare practitioner. Sometimes though, it's not evident that the baby is in the breech position until labour has begun and even then it's not always clear.

Signs of breech presentation include: What makes a breech birth more likely?

Prematurity is by far the most important factor that influences the likelihood of having a breech birth. Around 24% of all babies are in the breech position from 28 weeks of gestation and over the next twelve weeks, this reduces to just 4%. Because the baby grows so much in the last couple of months, they aren't able to move as freely and once their head goes into the down position in the mother's pelvis, they tend to stay there. Because the baby's head is so heavy it tends to move into the head-first position and find its comfortable niche in the mother's pelvis. There it sits (hopefully) until it is ready to be born.

Other factors include: What are a mother's choices if her baby is in a breech position?

This really depends on each mother's individual history and the position of her baby. If the baby is in a frank breech position i. e. with their bottom coming first, then a trial of labour is more likely. There are no guarantees of a vaginal delivery though.

It is common for the baby to have an electrode placed on their bottom and for the mother to be connected to a monitor. This way any change in the status of the mother and her baby is quickly detected. If necessary, plans are made for a caesarean section delivery before either of them is compromised.

It is also common for an epidural to be inserted for mothers who are having a trial of labour. This helps to stop the urge to push before the cervix is fully dilated. It is also more likely that stirrups are used, so the obstetrician and midwife have easier access and can have better control of the delivery.

What are the risks of having a vaginal birth?

If the baby is looking upwards to the top of the mother's womb then this makes the presenting part even bigger.

What does it mean to turn the baby?

50% of all babies who are in the breech position after 34 weeks of gestation will turn themselves without any help at all.

The decision whether to try an external version/rotation of the baby is made very carefully. The obstetrician needs to be confident that there are fewer risks doing this than if the mother is supported to go on and have a vaginal breech birth. It is important that the exact position of the umbilical cord and placenta are identified before an external version is done.

Otherwise, there is a potential for the placenta to be sheared off the wall of the womb or the baby to become entangled in the umbilical cord. Sometimes a mother is given a drug beforehand which relaxes her uterine muscle. The success rate of an external version is around 50-70% depending on the skill of the individual practitioner.

Even if an external version is effective in turning the baby to a head down position, some babies will automatically flip back into a head up position. The earlier in the pregnancy the version is done, the greater the likelihood of this happening. This is why turning the baby at around 37 weeks of gestation is thought to be the ideal time.

There is some evidence to suggest that moxibusion (burning a herb close to the skin at an acupuncture point) may be useful for turning babies from breech presentation to head presentation for labour when used with either acupuncture or postural techniques.

Some women believe that if they lie in a particular way, do specific exercises or sleep in a special position that their baby will rotate to head down. But there is no scientific evidence to support these claims. Likewise homeopathic drops and/or aromatherapy are not effective in changing the way a baby first presents themselves to the world. 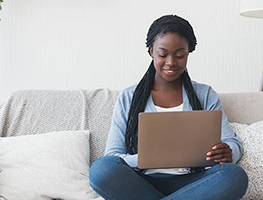 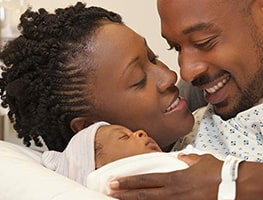