Baby sign language has been punted by many to be beneficial to a baby’s language development, thanks to a child’s ability to express themselves through baby signing from as early as 6 months of age. However, other studies claim that although babies learnt the gestures and used them long before they started talking, they did not learn the associated words any quicker than the non-gesturing babies, nor did they show enhanced language development.

Baby sign language holds more advantages for the parents, because they are quicker to spot their baby’s cues of hunger, pain or distress.

If you do not understand your baby’s signing and you cannot sign back and panic sets in, then rest assured: you are not holding their development back. But how can a parent know if their child’s language, listening and speech skills are developing normally? All children develop their language, listening and speech skills at different rates. Below you will find a list compiled by medical professionals, based on a child’s typical language development.

By the end of three months, your child might:

By the end of six months, your child might:

So how does baby sign language change the above milestones?

The experts cannot agree on this. Believers in sign language for babies, firmly hold to it, claiming better language development, whilst others believe that it is only the parent’s way of reacting to their baby’s non-verbal cues.

Those who believe in baby sign language say that this ability for children to communicate their needs and wants causes them to be less frustrated, and that it has great language development and vocabulary-building benefits.

This does not mean that a signing baby will necessarily speak earlier than a non-signing baby. After all, you really cannot get anything better than a home environment where attentive parents talk to their children all the time. Talking to your child is still the best way to teach them to communicate. Talk to your child about what you're doing and where you're going. Sing songs and read together. Teach your child to imitate actions, such as clapping hands, and to say animal sounds. Practice counting. Show your child that you're pleased when he or she speaks. Listen to your child's sounds and repeat them back to him or her. All of these can encourage your child's speech and language development.

Whichever route you decide to go – this only suggests there may be something in all languages, both spoken and signed, that is beneficial to your baby. The most important thing is to have fun communicating with your child. 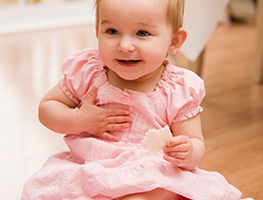 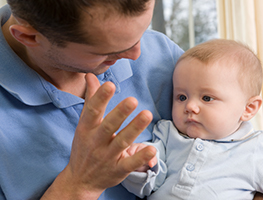 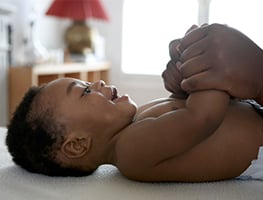