In South Africa it has always been hard to describe what a family is. We don’t have a norm to speak of so when we speak of a family – we are not only referring to a nuclear family (Dad, Mom and kids) but also to the extended family, the caregivers and guardians.

The “typical” child is raised in a single parent household – usually by the mother and, in many of these households, the mother is unemployed. This is the result of the migratory nature of available work for the fathers. Another major factor is the role that HIV/AIDS has in the deterioration of health in the adults taking care of the children. Due to the impact of HIV/AIDS and violent deaths, many households in our country are child-headed households. In 2008, Statistics SA discovered that more than 2,4 million children are so-called paternal orphans.

Double orphans (those who lost both parents) are at risk of missing out on their schooling, and living in a household with less food and security. They also are at risk of suffering from anxiety and depression, and are far more likely to be exposed to HIV infection.

Being a single parent – by choice or not

Fortunately, today there isn’t a stigma attached to single parent families as much as it was. Improved understanding, and tolerance generally, has made an enormous difference to the simple act of allowing adults to make the right decisions for themselves and then being left to get on with their own lives.

But in South Africa the reasons for being a single parent may not be so much by choice as by circumstance. With the HIV/AIDS pandemic, many children nowadays grow up in single-parent households or even child-headed households. And with poverty thrown into the mix - the impact of family breakdown becomes worse for children.

While a number of single women are choosing to have a child or children on their own by using donor sperm and raising them independently, being a single parent in South Africa is usually not by choice.

Parents can either make a conscious decision to separate and raise their children on their own or, because of several contributing circumstances, separation becomes a necessity – like when Dad has to go and find work somewhere else.

Single parent families operate in a different way to dual parent families. Separation generally means a fair bit of reshuffling and organisation with all the individuals involved. Clear communication, patience and tolerance contribute significantly towards working out what these new rules will be.

Why is it so hard?

Caring for a family is expensive and dropping to one wage often creates financial hardship. Although acceptance is changing, the reality is that single parent families still tend to be at a higher risk of being socially disadvantaged. The number of children receiving the foster child grant increased by 88% between 2005 and 2009 from 271 817 to 511 479. The grant was increasingly being used to provide financial support to caregivers looking after children whose biological parents have died of AIDS. In 2010, this grant was R710 a month.

To apply for assistance from the Department of Social Development, visit their website, http://www.dsd.gov.za/

Sharing everyday parental decisions regarding household functioning can no longer occur. The tendency then is for single parents to do this with their kids rather than the other parent. What to eat for dinner, where to go on holiday, how to spend free time  - these are all common areas of negotiation. This can have its benefits of course, because the children feel involved; they sense they are being trusted with adult responsibility and that they have a voice in what they do. But it can also cause problems. There is a fine line between parents involving their kids, while still having the ultimate say when it comes to whatever final decisions are made.

If the reason for the relationship separation was because of violence, alcohol, drug abuse or other toxic circumstances, there can be a sense of overwhelming relief for everyone when it has ended. However, if there is sadness and grief over the leaving or death of the other parent, then it is impossible to say how long it will take for the family to recover.

It is worth remembering that children are better off being raised by one loving parent, who is able to focus their energies on them, rather than having to deal with a conflicting relationship or two parents who are fighting all the time. Single parent families are not always compromised. In fact, they can be highly protective and healthier than dual parent families where dysfunction exists.

Counselling – Is it necessary?

Counselling can be invaluable in helping family members come to terms with intrinsic changes to their family’s structure. Although you may all be members of the same family group, each individual will have their own, unique experiences. Biology is not destiny and, although children may share the same DNA, they can be very different people. Resilience, temperament and personality play a large part in how a child responds to the transition towards being in a single parent family.

Don’t assume that just because your children aren’t saying it, they are feeling all right. Changes in behaviour, neglecting schoolwork, eating and sleep patterns, and a decrease in energy levels can all reflect emotional stress. Your GP is an ideal starting point and can refer you to the proper psychological support. See list below for more.

But it’s not my turn!

Many newly separated parents find the relentless grind of having to organise, plan for, and then attend to every household detail exhausting. For this reason, kids of single parents tend to do more. They are also given greater responsibility for a wider range of household chores than kids in dual parent households.

This can boost their independence and skills in taking the initiative when they see something needs to be done. But it can also cause problems in the classroom and amongst their peers, who may not have the same degree of responsibility. The additional responsibility can also impact on the child’s free time. If they are diverting their attention away from playing, spending time with friends or sport then it can become a problem.

The good and the bad

Having a voice in the household does not always transpose to the same degree in the classroom. It can be useful for parents to keep the lines of communication open with the school and others involved in the child’s care.

Children of single-parent households often show more maturity, self-reliance and responsibility than kids of the same age in dual parent households. Another positive is that their relationship with their supporting parent tends to be close, particularly if there is only one child.

No matter how much practical support kids can contribute, it is worth remembering that their role is not to become a confidant or counsellor to their parent. This is a position best left to other objective adults, who do not have the same emotional investment. It is reasonable for parents and their children to feel emotionally close and connected to each other. However, single parents sometimes need to place barriers around the areas in their lives that they don’t want, or need, to share.

Financial security, their own health care needs, decisions regarding dating and sexual relationships with another adult are all “no go” areas for shared negotiation with a dependent child.

For emotional and psychological support: 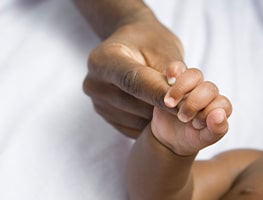 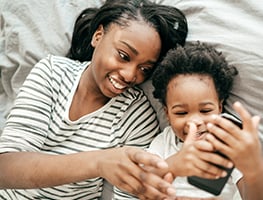